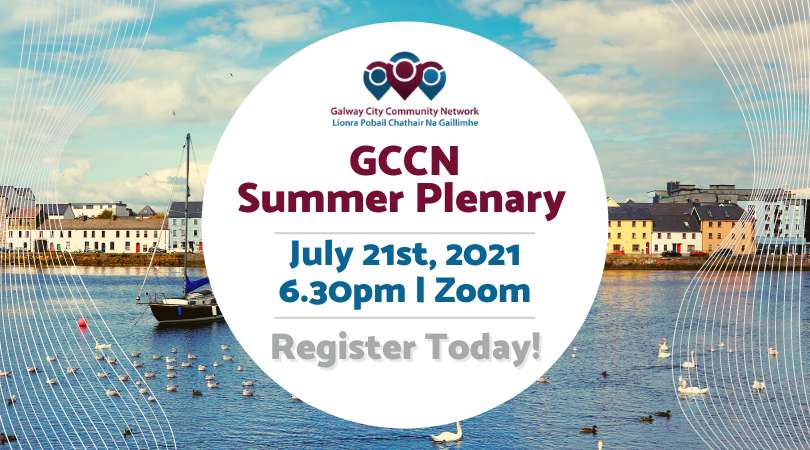 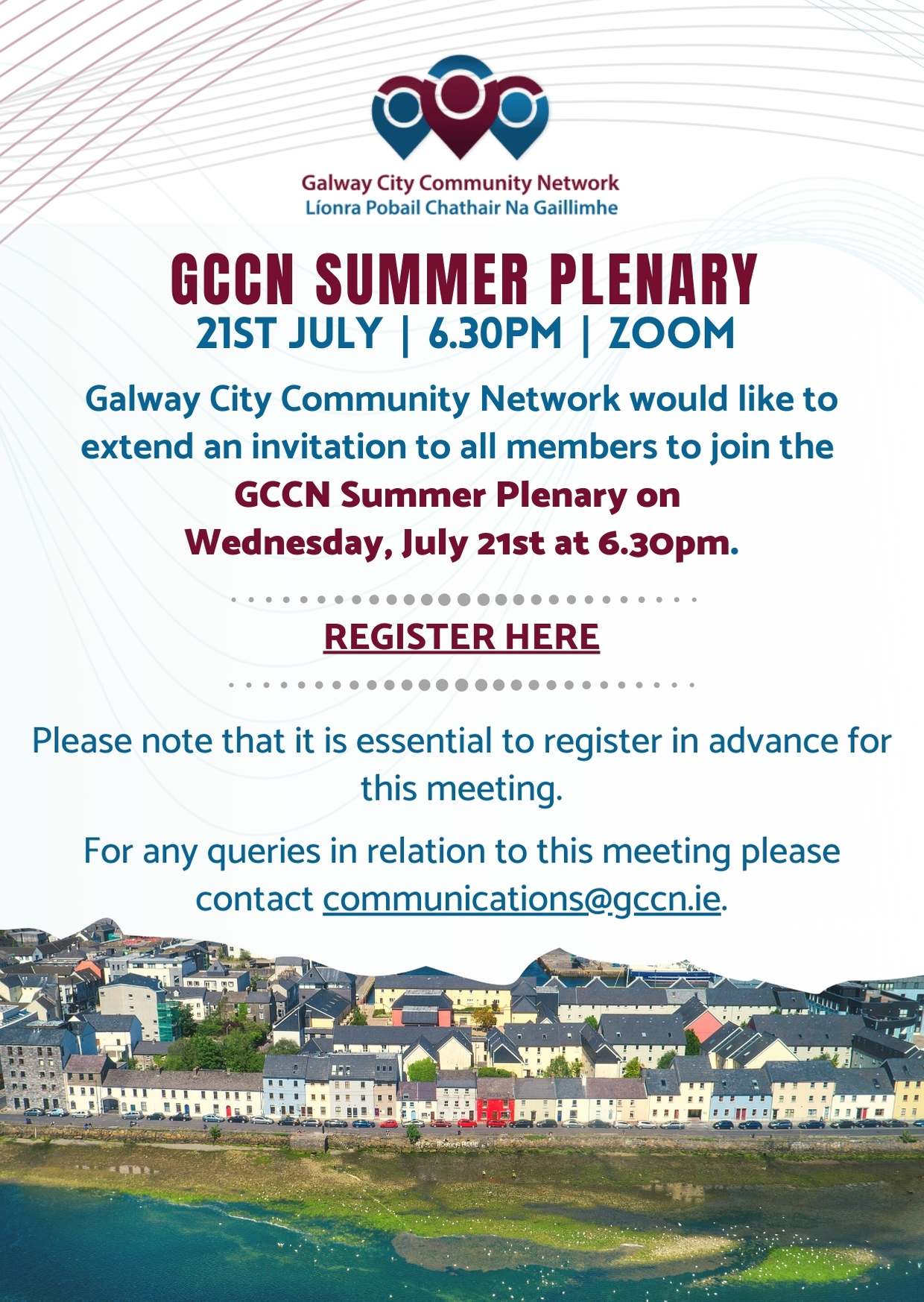 GCCN held its Summer Plenary on Wednesday, July 21st at 6.30pm and all members were invited to join.

On this occasion, GCCN passed motions calling on Galway City Council to safeguard the interests of Galway communities in terms of accessibility and environment preservation.

One motion calls on Galway City Council to ensure all information of public interest is accessible by publishing all its documents in a machine readable format for the benefit of those with sight loss in line with national and EU regulations.

The remainder of the motions focus on climate action and state; ‘That Galway City Council shall call on the Irish Government to propose the adoption of a strong UN General Assembly resolution calling for a global ban on fracking’ and ‘That Galway City Council in partnership with third level institutions and the relevant state agencies shall develop a greenhouse gas emissions baseline for the City against which progress/regress must be assessed’. GCCN members supported these motions calling for climate action at a local, national and international level.

The Mayor of Galway City, Cllr. Colette Connolly joined the discussions. Speaking at the Plenary, the Mayor highlighted the need for the new City Development Plan to reflect the values of the community sector and protect the city’s recreational facilities and amenities while making Galway a pedestrian, cycling and disability friendly city. The Mayor also reinforced her aim of making Galway city a better place before the end of her mayorship, an intercultural city where people are equal.

“We are delighted that the Mayor of Galway City joined us for what is our second Plenary meeting of the year. It was encouraging to hear that Cllr Colette Connolly’s priorities for her term as Mayor and for the new City Development Plan are aligned with the needs of the community, voluntary and environmental sectors in the city, including marginalised communities.”

GCCN held elections for representatives on the Local Community Development Committee on this occasion, followed by brief focused discussions regarding the GCCN Representative Reports (see below).

Below please find the Plenary documentation: 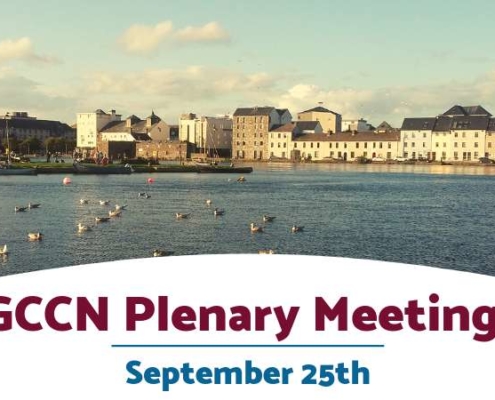 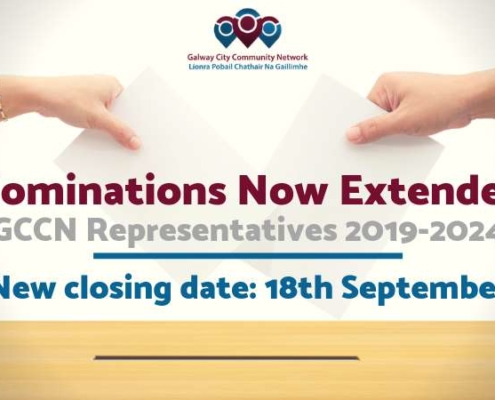 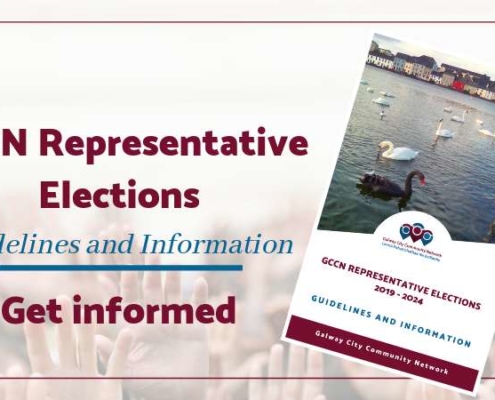 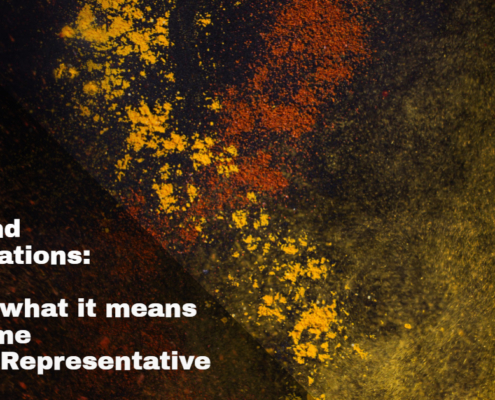 Consultation Workshop on the National Action Plan Against Racism for Ireland...

Because these cookies are strictly necessary to deliver the website, refuseing them will have impact how our site functions. You always can block or delete cookies by changing your browser settings and force blocking all cookies on this website. But this will always prompt you to accept/refuse cookies when revisiting our site.