You are here: About Us / GCCN Structure

The GCCN Plenary brings together the entire membership of the network four times a year. The Plenary meeting is the main decision making body of the network. The role of the Plenary is to: 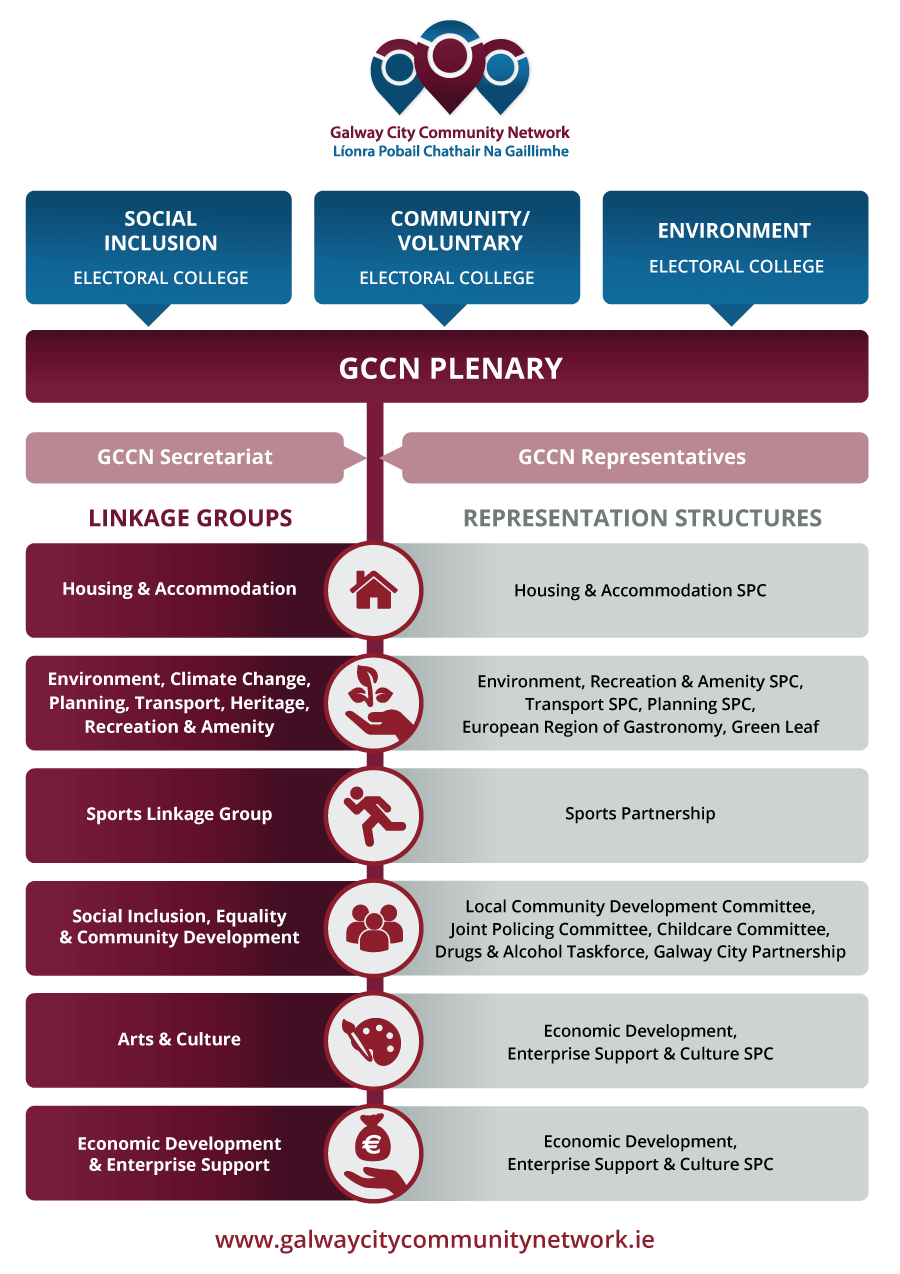 The Secretariat of Galway City Community Network  is comprised of up to 12 GCCN members who meet monthly on voluntary basis to manage and co-ordinate the network. They are responsible for ensuring that the aims, objectives of GCCN are implemented. The Secretariat is elected by the Plenary membership at the Annual General Meeting, when there is a turnover of at least one third of the group. The role of the Secretariat is to:

The current members of the Secretariat


GCCN’s primary role is to support the participation and representation of social inclusion, community & voluntary and environmental groups in the decision making structures  and processes in Galway City. Our members are represented on a variety of structures, such as the Local Community Development Committee, Galway City Council’s Strategic Policy Committees and the Joint Policing Committee. GCCN representatives are drawn from our members, nominated by our Linkage Groups and ratified by our Plenary.

Linkage Groups are sub-groups of GCCN that meet on a thematic basis to discuss key policy areas & issues. GCCN has six Linkage Groups, which are open to all members as well as non-members. The role of the Linkage Groups is to: