The second Plenary of 2019 took place on Wednesday, June 26th at 6.30pm in the Menlo Park Hotel, Galway.

30 GCCN member organisations were represented at the meeting by over 40 participants in total. Great attendance also from the new groups that joined the Network recently. An induction meeting for the new members will be held in September. Details to be confirmed.

The invitation to the Plenary extended by GCCN to all the New Galway City Councillors was accepted by Owen Hanley (SD), Frank Fahy (FG), Martina O’Connor (GP) and Colette Connolly (Ind) who joined the Plenary debates and discussions on Wednesday evening from 8pm.

Among other matters, the meeting also discussed the process for nominating and electing the new GCCN Reps – elections to be held during the September Plenary.

Please find below the documents from the June 2019 Plenary meeting. 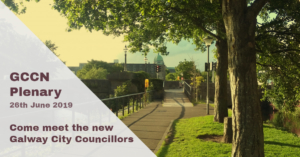 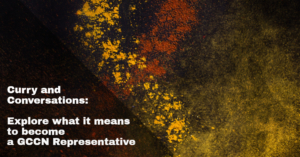